The Best Restaurants in Headingley – The Ultimate Guide

Few of the suburbs of Leeds pack as much punch as Headingley when it comes to food. With much to choose from, if you’re a pizza lover or can’t wait to tuck into a hefty burger – you’re well catered for in Headingley.

Just a short train journey from the wonderful restaurants in Leeds City Centre, Headingley’s famous for Yorkshire County Cricket and Rugby. There’s also great pubs and bars on offer, too. But when it comes to food, there’s so much on offer that it can be difficult to know where to begin.

Not to worry though, we’re here with our Ultimate Guide to the restaurants in Headingley, to help you choose your next meal out wisely. 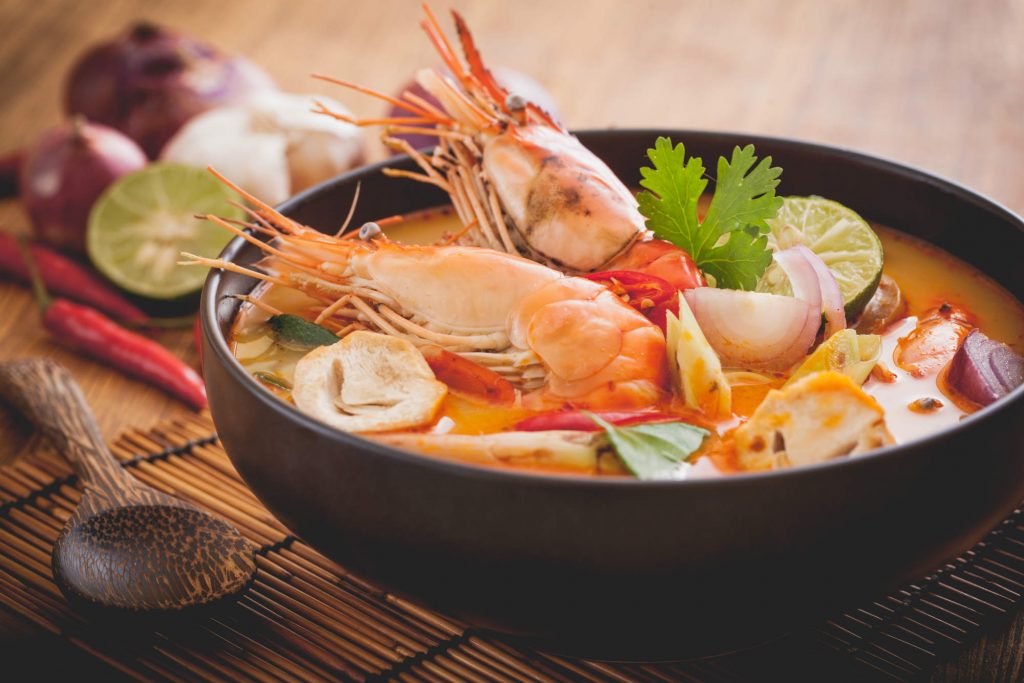 A delightful BYOB restaurant specialising in Thai cuisine. If you’re looking for some fresh, home-cooked, authentic Thai food, there’s something to be said about paying Jino’s Thai Cafe a visit. Not only is Jino’s affordable, but it’s also got a relaxed and homely atmosphere which is perfect for casual dining. So whether you’re in the mood for a classic Gaeng Kiew Wan Thai green curry (a spicy, balanced dish) or you’d like to test your adventurous side and try something new – you won’t be disappointed. One of the newest foodie joints in the area, Poco has quickly become the go-to eaterie of choice for those looking for a simple yet delicious lunchtime option. When you walk into Poco, you’ll instantly understand what all the fuss is about. The whole place smells fantastic, with rows of mouth-watering pizza on display. Given that they also serve great quality coffee – there are few options as well suited for lunch! Albeit it’s a little out of the centre of Headingley in Kirkstall – it’s well worth the trip. 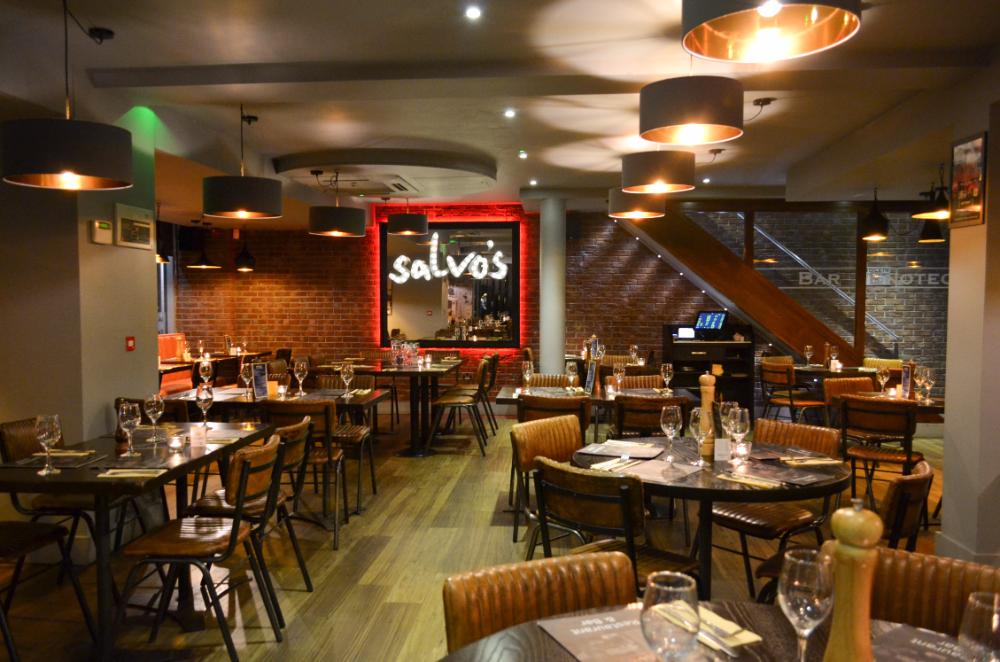 A family-restaurant that’s been in Headingley for generations, there aren’t many people in Leeds who haven’t eaten here at some point. Well known for its warm, welcoming service, Salvo’s is a traditional Italian restaurant with a menu full of quintessentially Italian dishes. Their Pizza’s tasty and their Pasta’s freshly made – what more could you want! It’s fairly priced and they’ve got a great selection of drinks – we’d recommend a visit if you’ve got family in town who you’d like to impress. 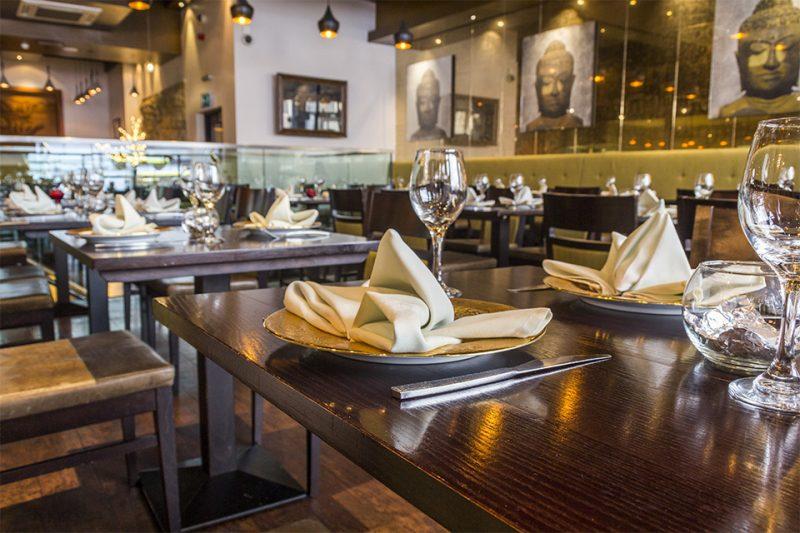 With a number of restaurants in Leeds, Sukhothai is many people’s Thai restaurant of choice. In fact, a finely tuned menu and a focus on delivering great service have allowed the restaurant’s reputation to grow to the point where they’re one of the most successful restaurants in the area. On the menu, you’ll find a large selection of Thai dishes. The founder of Sukhothai was once a well respected Bangkok street food vendor, as a result, the dishes are aromatic, authentic and hearty! 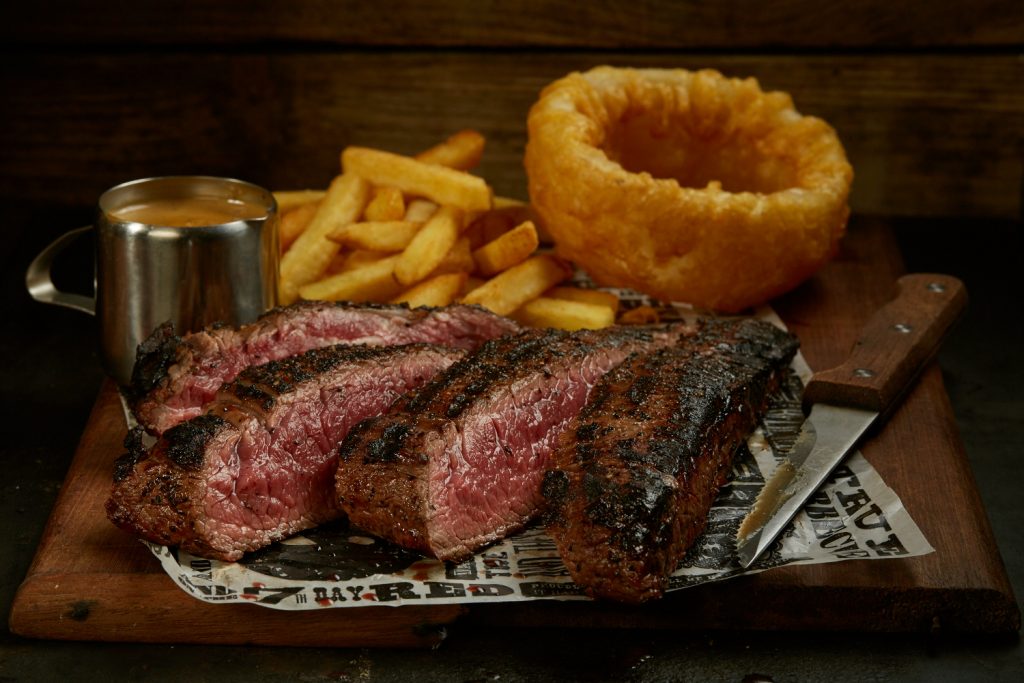 Meat Lovers rejoice at Red’s True Barbecue. They’re an edgy restaurant which focuses on craft beer, meat and the ancient art of barbequing. Their menu’s fairly straight forward. There’s a selection of generously sized burgers and stacked barbeque trays among other things.

Vegans and Vegetarians, this probably isn’t the restaurant for you. Although, if you’re a meat lover you’re in for a treat. Red’s is reasonably priced, and what’s more, there are times where everything’s reduced  – which makes visiting all the more appealing. Check their website for details. 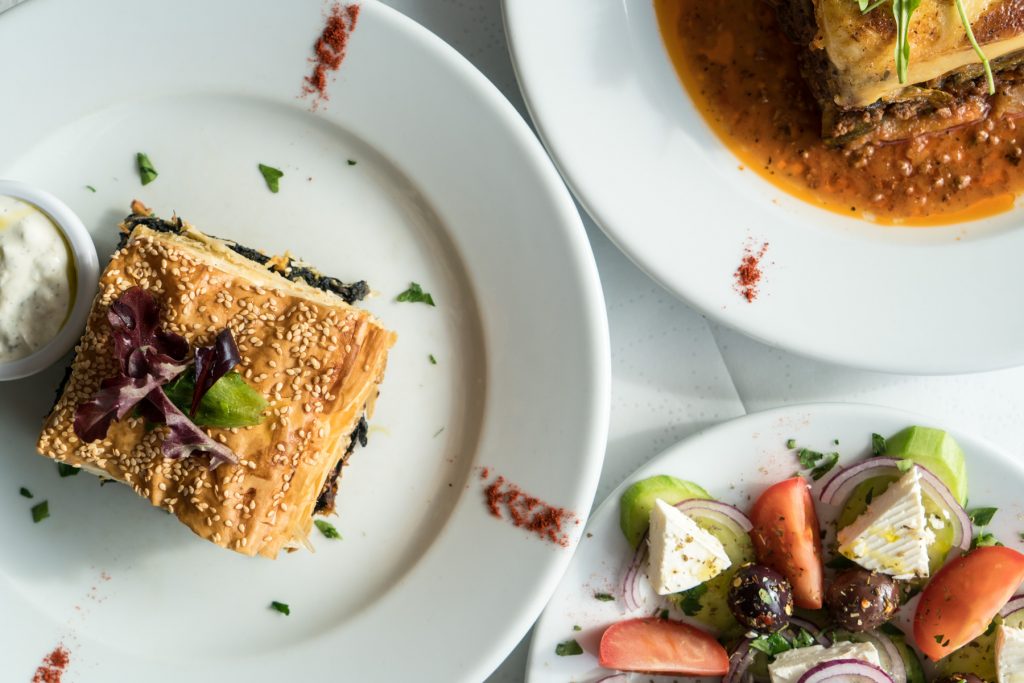 Another family-run Headingley restaurant that’s been serving the local community for generations. Greek food’s the name of the game here. So if you’re partial to delicately seasoned meats or can’t get enough Meze the Olive Tree should be at the top of your list. It’s reasonably priced with dishes ranging from £3.90 up to over £20. Although there are a few Greek restaurants in Leeds, Olive Tree is among the best. They’ve won countless accolades over the years as a result. 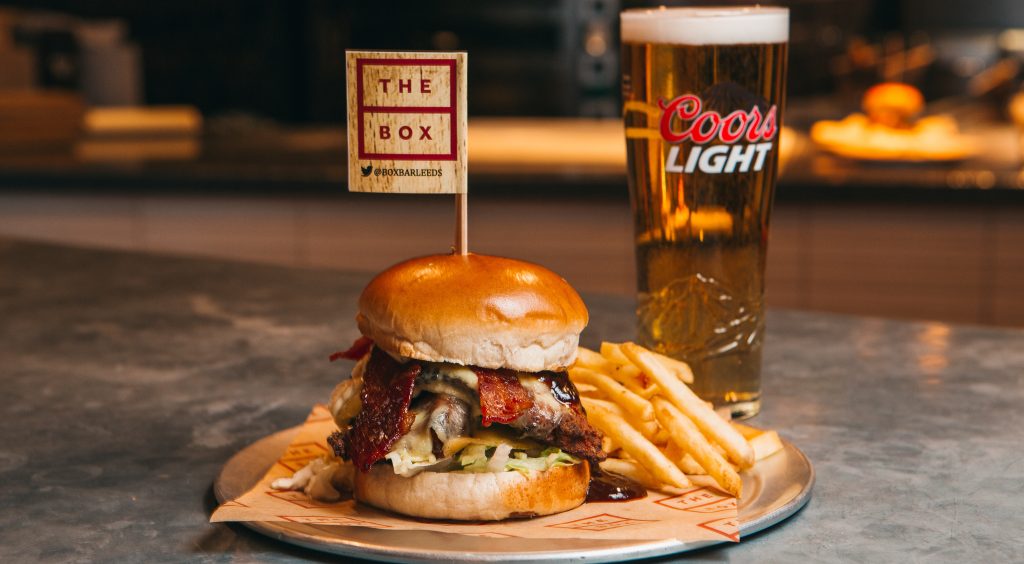 As one of the top areas for students in Leeds, The Box is up there with the busiest places to eat in Headingley. Part of Arc Inspirations brand, if you’re looking for a relaxed, no-thrills meal out, The Pit might be your best bet. Pool tables, burgers and music cement The Pit’s sociable atmosphere. On their menu there’s a focus on British food – as a result, you’ll find great burgers, great deals and hood honest food. Although far from a fine-dining experience, the Pit would never claim to be so. 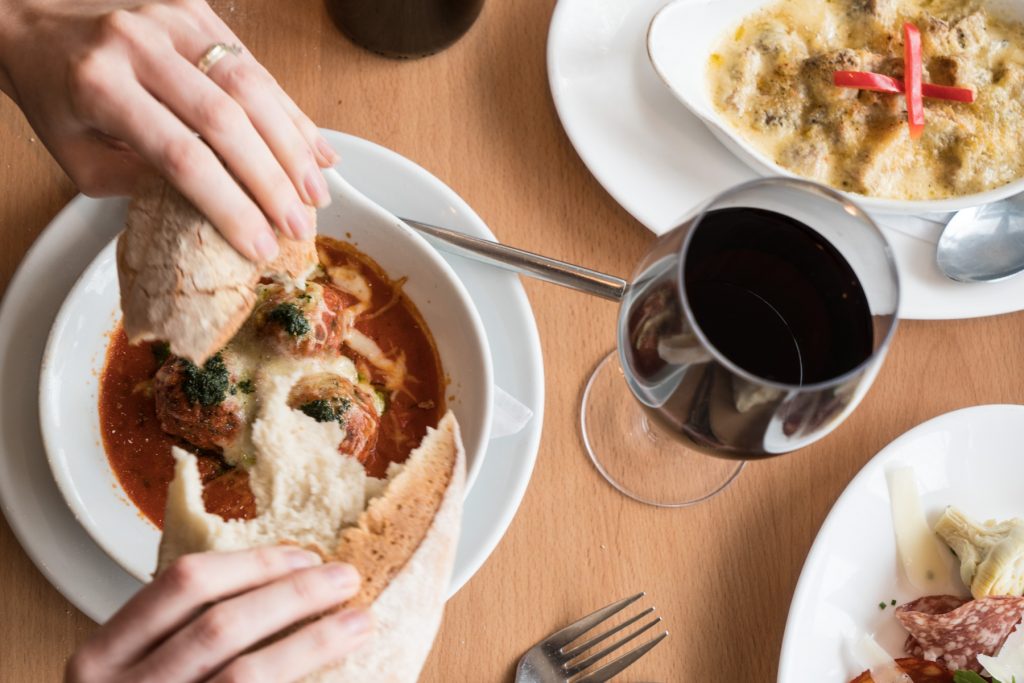 Pizza, Pasta and Italian cuisine make up the menu at Giorgio’s. With a selection of Italian classics on offer,  it’s a charming setting, with fresh, well-seasoned dishes made from locally sourced ingredients. Coupled with an intricately crafted wine selection, it’s a great spot for Lunch or Dinner. You may want to book ahead, after all, they’re one of Headingley’s most popular restaurants. 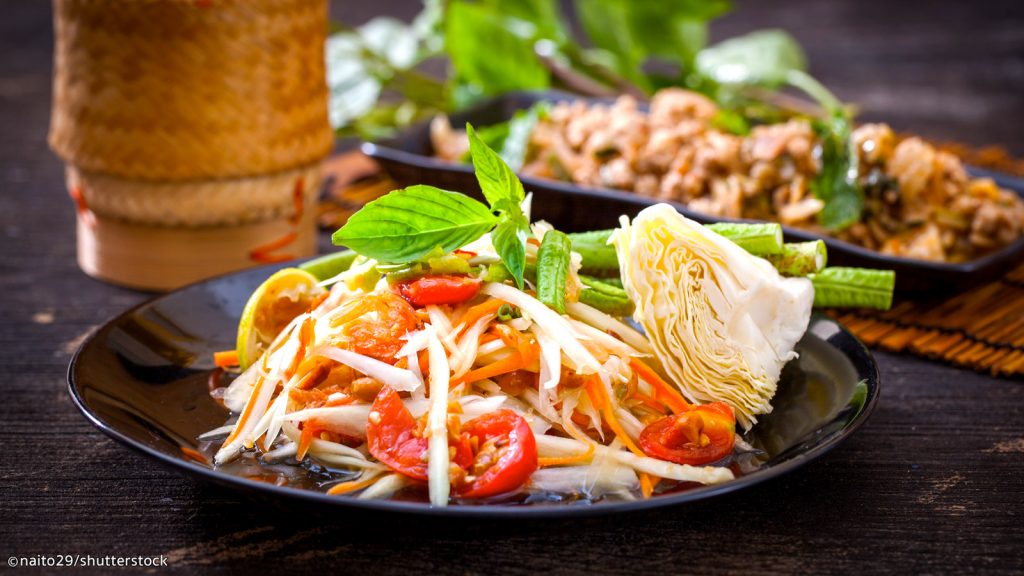 No one would claim that you’re not spoilt for choice if Thai cuisines your favourite. With no fewer than three Thai restaurants,  Thai Sabai offers a relaxed, informal dining experience. With over ten years under their belt in Headingley, they’ve won multiple awards and as well as being cited as many local’s favourite restaurants. Their menu’s inviting, extensive and colourful! Edible flowers, aromatic scents and fresh, quality ingredients will welcome you at Thai Sabai. What’s more, they offer welcoming service and a few out of the ordinary dishes. We could tell you about them, but it’s much more exciting to find out for yourself.

Map of the restaurants in Headingley

What's On This Weekend in Bradford