Haworth is a beautiful, well-travelled village on the edge of Keighley in West Yorkshire. Each year, it attracts thousands of tourists, who visit for the authentic, historic charm which exists within its boundaries. Of course, to many Haworth is synonymous with the Bronte sisters, it was their home after all, although, beyond its famous literary connection, there are many other things to do in Haworth. Read on for our top recommendations!

As well as giving an intriguing insight into arguably the best known female writers from history, Haworth has much to offer when it comes to things to do.

So whether you’re visiting for one day, a weekend or even a week, you’ll have plenty to choose from. Of course, if you’re travelling to Yorkshire, and are planning an itinerary, a day in Haworth is certainly worth including within your list. If you’re choosing Haworth as a base to explore the Dales or the rest of Yorkshire, we’ve got plenty of guides to help you create the perfect itenery.

Things To Do In Haworth – Ultimate Haworth Itenery

Headquarters of the Keighley and Worth Valley Railway, Haworth Station should be at the top of your list. Its fame can be attributed to the film The Railway Children, which was filmed there. It was opened in 1867 along with the rest of the Keighley and Worth Valley Railway and was used as a functioning railway way up until 1962. It was then where its life as a tourist attraction began, and in 1968 it reopened to the public. There are several vintage services which run through Haworth on a regular basis and offer a unique way to experience the area.

A recent visitor to Haworth said “We visited on one of the special Sundays when vintage carriages are available to ride in. The weather was initially very wet but became drier albeit remaining cloudy. Despite this, we had a fabulous day which serves all the more to highlight the attraction. The trains and stations are maintained in excellent condition and give a real flavour of the age of steam.

Add a brass band playing at Keighley Station and a chance to ride on a vintage bus into Keighley and the experience is complete. Some features are only available with the rover ticket which we purchased. This allows unlimited train travel for a day and represents excellent value. We would thoroughly recommend.”

Perfect for: Lovers of the eccentric! 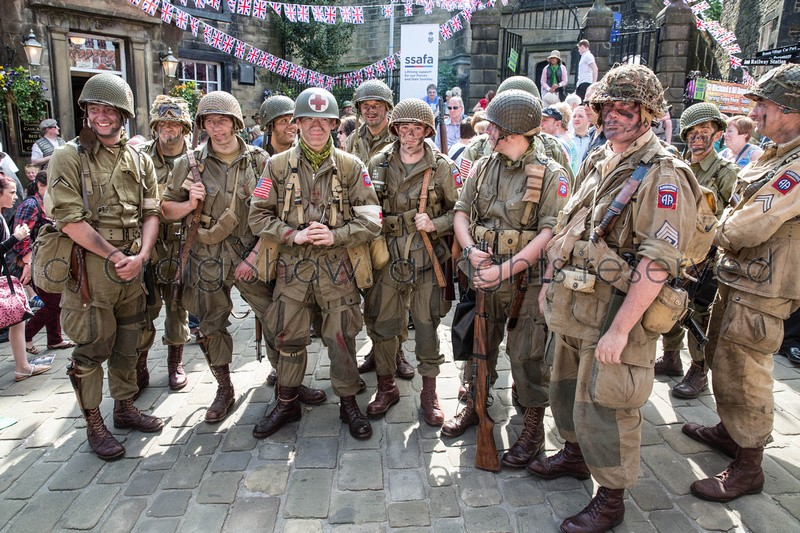 The most popular event in Haworth’s calendar is most certainly their 1940’s Weekend. The idea for the event arose almost two decades ago when the local owner of a wartime US Army jeep arranged for his own other vehicles to go on display in the village. Such vehicles are still on display during the annual event but now the whole village plays homage to the past with window displays and WW2 themed props.  Both locals and visitors dress in 1940’s attire and local children re-enact the evacuee arrival with an original steam locomotive from Keighley and Worth Valley Railway. Haworth’s 1940s Weekend is a truly unique experience and a must for those with an interest in Wartime Britain. 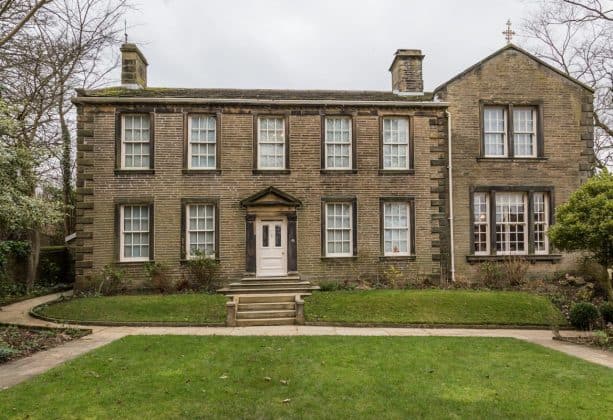 The Parsonage was once home to one of the most famous literary families in the world. Charlotte, Anne and Emily Bronte grew up in Haworth and spent many years living at The Parsonage. It was here that they penned some of their most famous novels, including Jane Eyre and Wuthering Heights. The Bronte Parsonage Museum houses the largest and most important Bronte collection in the world. Explore the immaculately preserved interiors and get to know the women behind some of the greatest novels of all time.

Perfect for: People who love walking and beautiful scenery 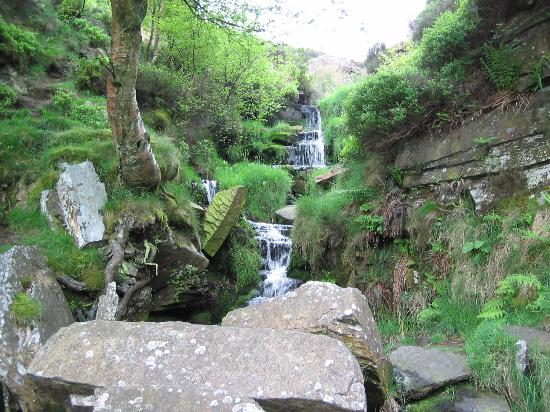 Perhaps the best way to explore Haworth and the surrounding areas is by foot, and there is no better destination that Bronte Waterfall. This is perfect for those who love the outdoors. If you’re there on a nice day, make sure to bring a picnic to enjoy after you’ve made the relaxing walk through the relaxing, rural scenery. Last year, The Telegraph names Bronte Waterfall one of its fifteen most beautiful waterfalls in the UK, and although it’s by no means the most spectacular waterfall in world, its surrounding location of beauty and its association with the Bronte Sisters makes it one of the top destinations in Yorkshire, never mind just Haworth! A recent visitor, who travelled from Nashville, USA described “I had been to Haworth about 18 years previously and had done the Top Withens Walk.

Back then it was pretty wild with a tiny straw trail, and, as there was a heat wave throughout the UK during my visit, I chose to do this shorter walk, though it is about 3 miles one way. I was warned that I might be disappointed if I expected a roaring waterfall because things were dry. I was impressed with the new, better trails, that were dirt or gravel, but were very visible. It was not quite as isolated as I remembered it being, and I was glad I made the effort. I got there to what was really a creek or stream and joined a few others in taking my shoes off and putting my feet in the water.

I rested about 30 minutes and started back. I am a senior citizen but found the walk reasonably easy. My friend only went 1/ 2 of the way, so I was alone for the rock steps, so I just looked down and made sure I did not miss one. The trail is much improved now, and I saw lots of sheep, and I think I even saw some heather, though I was told I was just missing it’s blooming. I think I caught an early sprig or two. This walk is a must for an old English teacher like I am. I’m quite certain that, other than the newer, improved trail, nothing much has changed here since Emily Bronte took the same walk.”

Bradford Garden Centre raises over £6,700 for its Charity of the Year

The dinosaurs are coming! Jurassic giants ready to take over Bradford precinct

Be a Chorister for the Afternoon: Cathedral Sing! returns to Bradford in June

Bradford Cathedral to host events around the Platinum Jubilee weekend