Best Things to do in York – 13 Must-See Attractions

York is by far one of the most visited places in Yorkshire. Steeped in history and bursting with culture, this magnificent city has much to offer. The city itself dates back to 71AD when it was founded by the Romans and with such a long past, it’s no wonder that most of the city’s attractions have a historical focus.

If you’re visiting York for the day, or even for a short break, you’ll be spoiled for choice when deciding on how to spend your time. We’ve put together a short list of our favourite things to do in York to help you plan your itinerary…

13 of Our Top Things to do in York 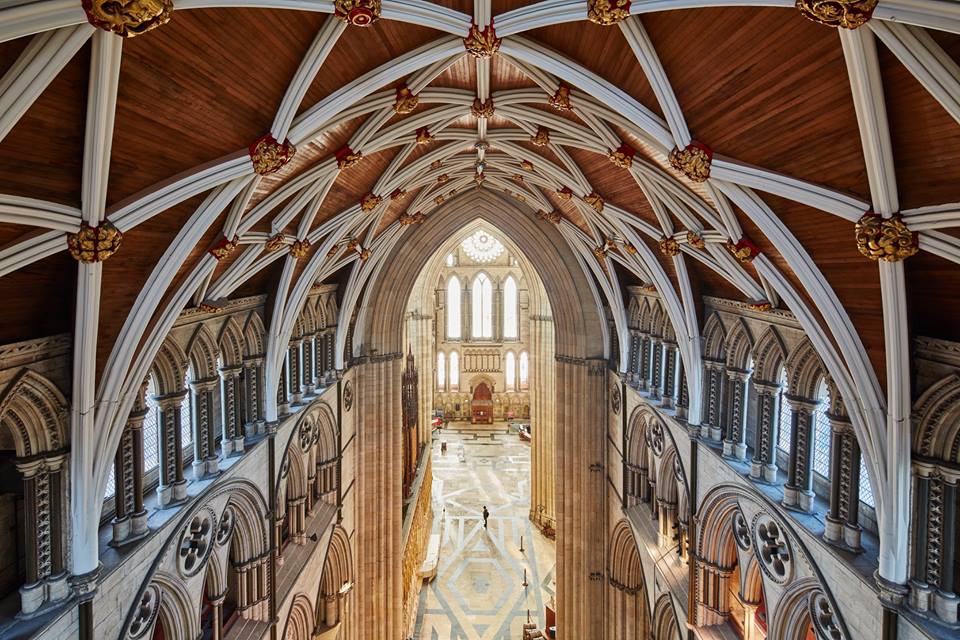 Prices: Adult admission from £11. Children can enter for free with a paying adult (up to four children per paying adult)

York Minster is most certainly the most recognisable building in York. The handcrafted stone cathedral with its intricate stained glass windows is also one of the most beautiful cathedrals in the world. It’s been at the centre of Christianity on the North of England since the 7th century and is still a popular place for prayer and worship. It is York’s most popular attraction so expect it to busy during weekends and school holidays. If you want to know more about this great city, the York Minster really is the place to go. If the magnificent architecture and opulent interiors aren’t enough to keep you occupied, York Minster houses an impressive collection of historical objects in its very own museum. Housed beneath the cathedral, The Undercroft museum holds some fascinating archaeological finds and educational interactive displays. 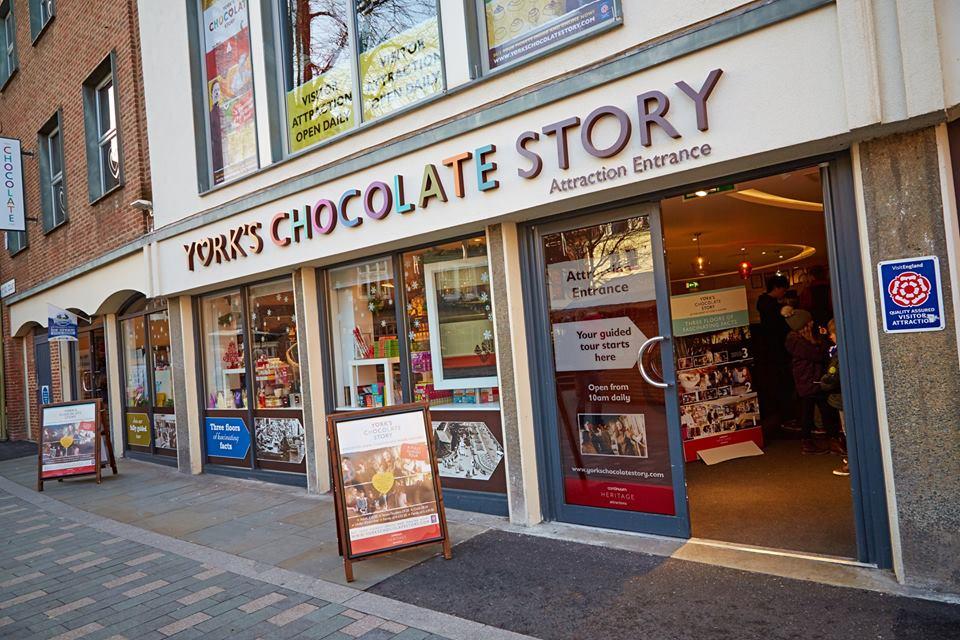 Home to some of the country’s biggest and best-loved chocolate brands, York has played an integral role in the UK’s confectionery industry. While other great Yorkshire cities made their money from things like cotton, wool and steel, York made its wealth from chocolate production. York’s Chocolate Story is an immersive guided tour which will teach you all about the history of chocolate production in York, share with you the secrets of York’s most famous chocolate brands and show you how to make and taste this indulgent treat like a pro! 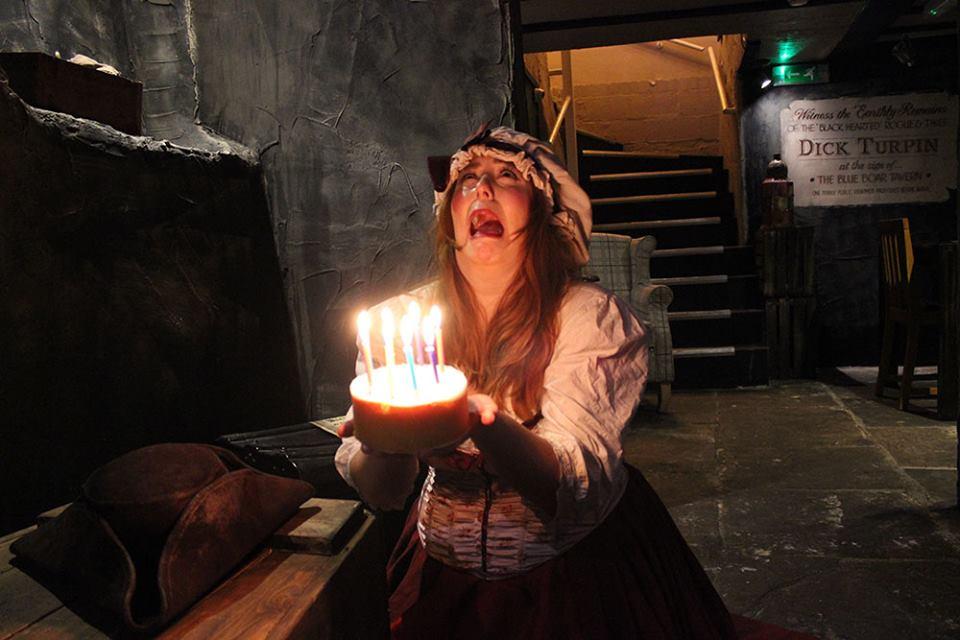 Prices: Adults from £16. Children from £12. Only children over the age of 4 permitted.

Explore 2,000 years of York’s gruesome history through this 75 minute, actor led experience. Using a combination of special effects, immersive sets and talented actors, The York Dungeon offers a fun, albeit slightly frightening experience for the whole family. Discover the bloody secrets of York’s long history and meet some terrifying characters such as The Torturer, The Highwayman and The Plague Doctor. Fantastic fun but not for the the faint hearted! 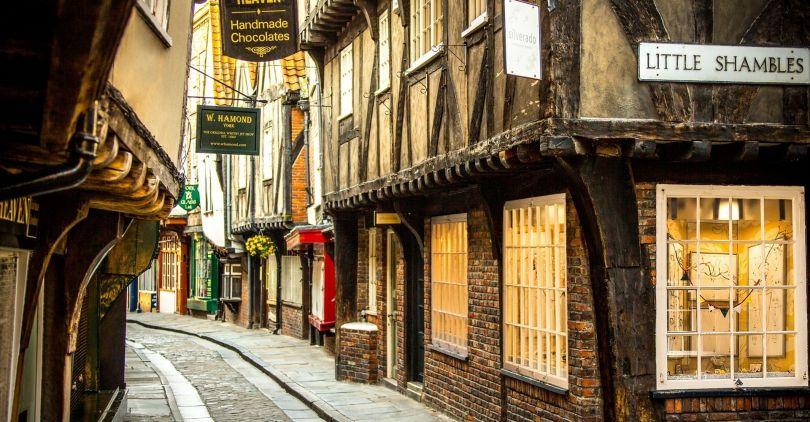 One of York’s most photographed tourist attractions is actually a narrow cobbled street. Lined with perfectly preserved Elizabethan buildings, a walk down The Shambles is like travelling back in time. For centuries, Shambles was a street of butcher’s shops with slaughterhouses behind them and some of the original shelves and hooks are still present today. You won’t find a butcher’s shop on The Shambles anymore, however, you will find a whole array of lovely little shops and eateries. You cannot possibly visit York without seeing this iconic street, which some say, may well have been the inspiration behind certain Harry Potter sets! 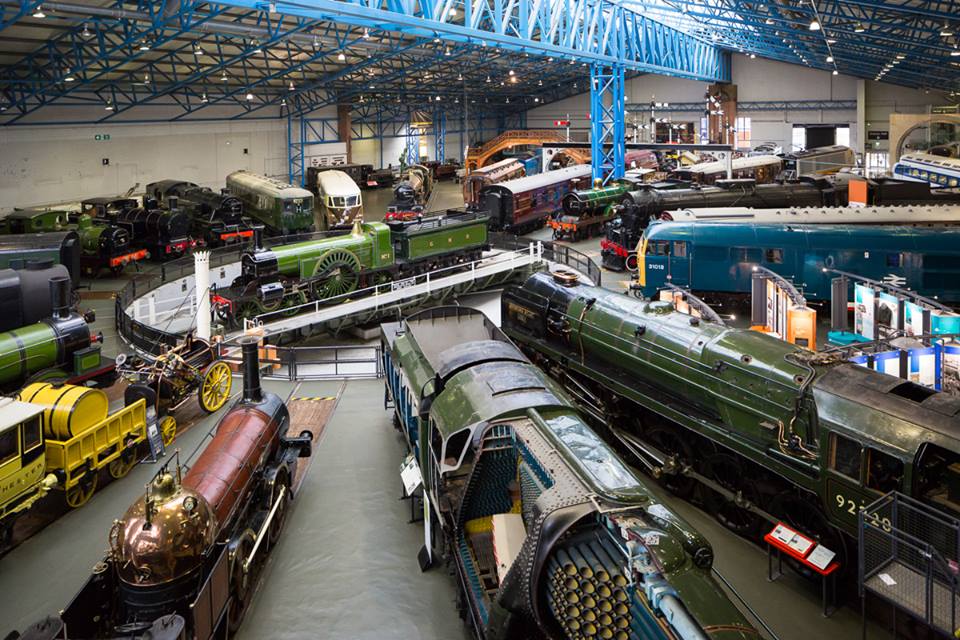 Prices: Free admission for all

The National Railway Museum in York is part of the British Science Museum Group of National Museums and tells the story of the British railways. See iconic locomotives, learn how a steam engine works and explore 300 years of history at this free museum. This is a great day out for the whole family as in addition to their fascinating displays and collections, they offer family-friendly science shows and have a great play area for the little ones to enjoy. Download the Treasure Hunters app to your phone for a great interactive experience that the kids will love! 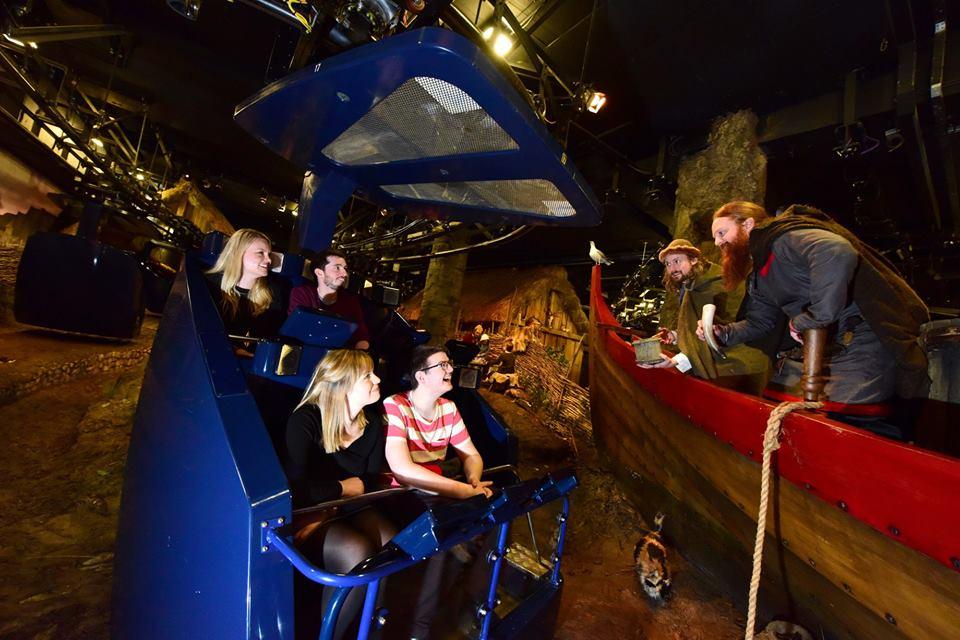 Jorvik Viking Centre first opened in 1984, following the successful Coppergate dig of 1978, which unearthed remains of Viking age timber buildings and many interesting artefacts. York was captured by the Vikings in 866 AD and was an important trade hub in Britain until the Norman conquest of 1066 AD. With state-of-the-art artefact galleries and an excellent ride experience, Jorvik Viking Centre offers an immersive insight into York’s Viking days. Board one of Jorvik’s time capsules and take a journey through 10th century York, where you will see, hear and even smell what life was really like 1,000 years ago. 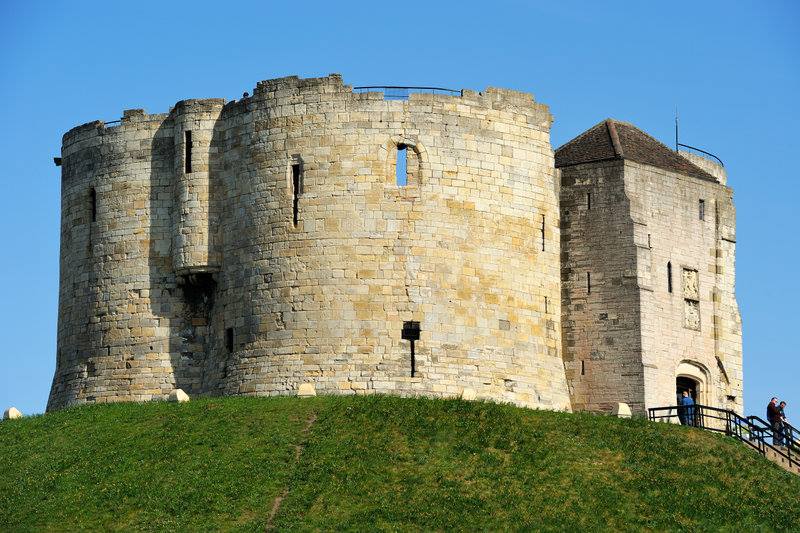 Clifford’s Tower is all that remains of York Castle, which was built by William the Conqueror in 1068. This stone tower was added in the 13th century after much of the original timber structure had been destroyed by fires. During the 1820s, the walls of York Prison encompassed Clifford’s Tower, leaving it out of the view of the public. It wasn’t until 1935 that the prison walls were demolished and restoration work began so that visitors to York could explore the tower and enjoy the panoramic views of the city and the North York Moors beyond. 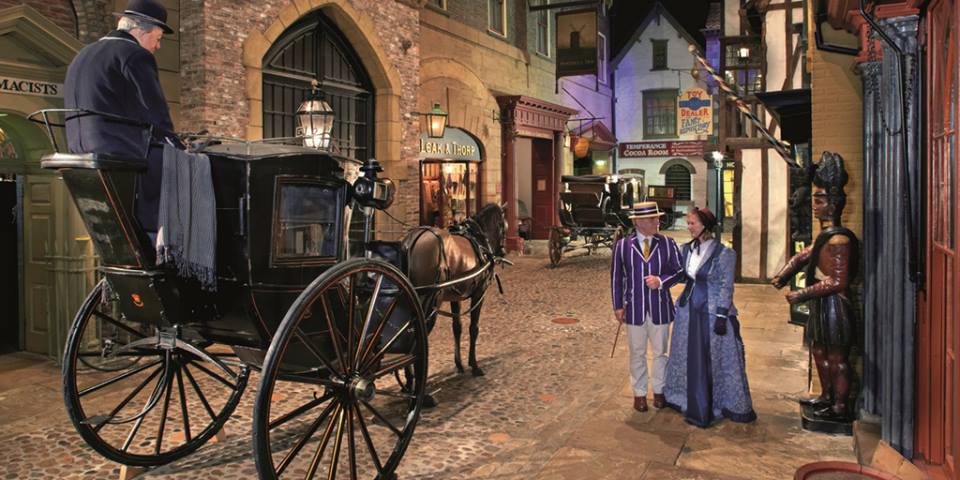 York Castle Museum is home to many fascinating collections and exhibitions but the most iconic, has to be Kirkgate. The Kirkgate exhibition at York Castle Museum is a whole Victorian street complete with police cell, schoolroom, Hansom cab and an array of perfectly recreated 19th century shops. The cobbled Victorian street was formed as the centrepiece of the museum when it opened back in 1938 and its popularity has continued to soar ever since. Step back in time and see for yourself how businesses in York operated between 1870 and 1901. Each shop on Kirkgate is based on a genuine York business from that era. Interesting stuff indeed! 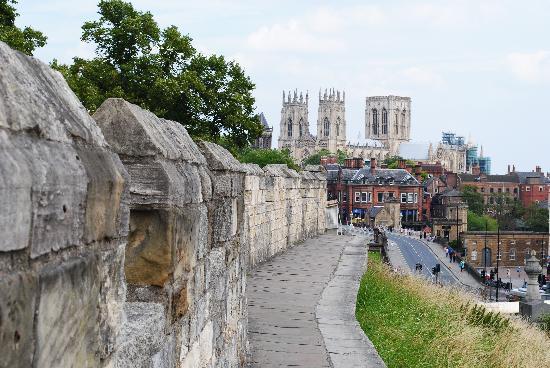 At 2 miles in length, York’s medieval city walls are the longest town walls in England. Mainly built of magnesian limestone in the 13th century, this ancient monument which circles this historical city offers a scenic, elevated walk around York. Open from 8am until dusk each day and completely free to access, walking the city walls will take you approximately 2 hours. This really is a great way to see York but the walls themselves with their arrow-slits, gun ports, sculptures and gateways really are a sight to behold. 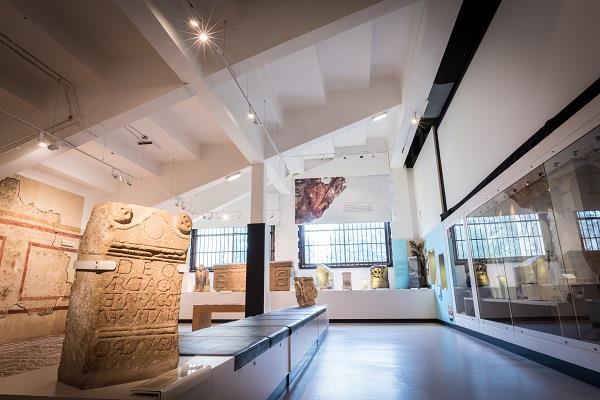 Built on the remains of St Mary’s Abbey, Yorkshire Museum is home to some impressive collections and exhibitions. Some of the greatest archaeological and geological finds in Britain are housed in this museum, so a visit here is a must for history enthusiasts! Walk across a genuine Roman mosaic floor, marvel at the finest example of a Roman statue in Britain and explore York’s history through a tremendous collection of fascinating artefacts.

The latest addition to Yorkshire Museum is the hugely popular “Yorkshire’s Jurassic World”. Travel back through 150 million years of Yorkshire to discover the lost giants that once roamed the lands.

Once the winter home of a long established Yorkshire Catholic family, Fairfax House is one of York’s most beautiful attractions. Journey back in time to Georgian Britain with a visit to one of Britain’s finest Georgian townhouses. Located in the heart of York, Fairfax house is a time capsule of 18th century life in York. With opulently decorated interiors, splendid displays of original period furniture and stunning collections of artwork and silverware, Fairfax House will transport you back to days of grandeur and high society living. 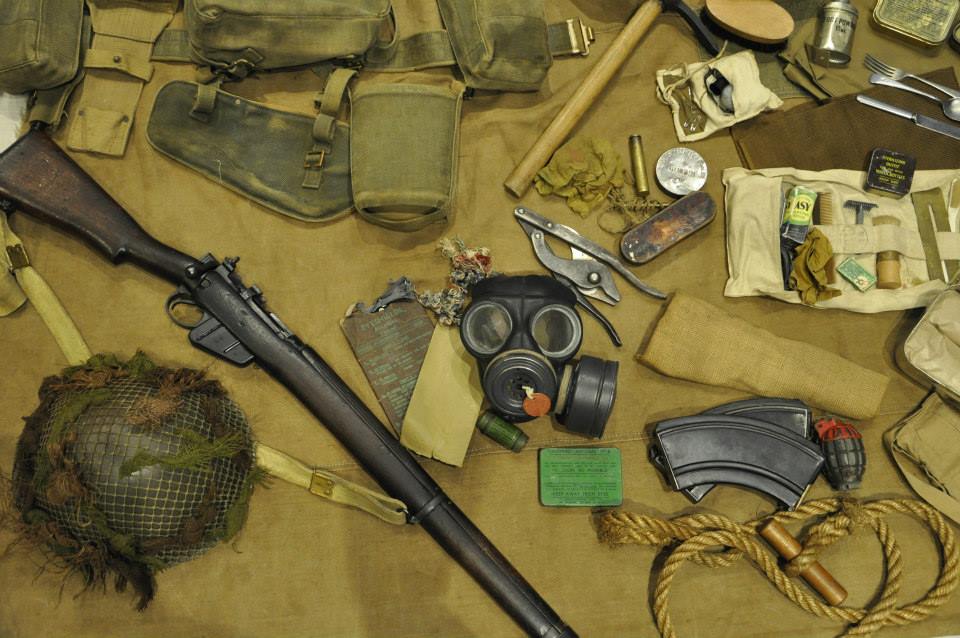 Home to some of the most important regimental collections in the UK, covering almost 300 years of history, York Army Museum is great educational day out for the whole family. The museum houses collections from both the Royal Dragoon Guards and the Yorkshire Regiment including medals, firearms, swords and uniforms. Uncover tales of hardship, humanity and comradery as you explore this excellent museum dedicated to telling the story of the importance of the British Army in Yorkshire. 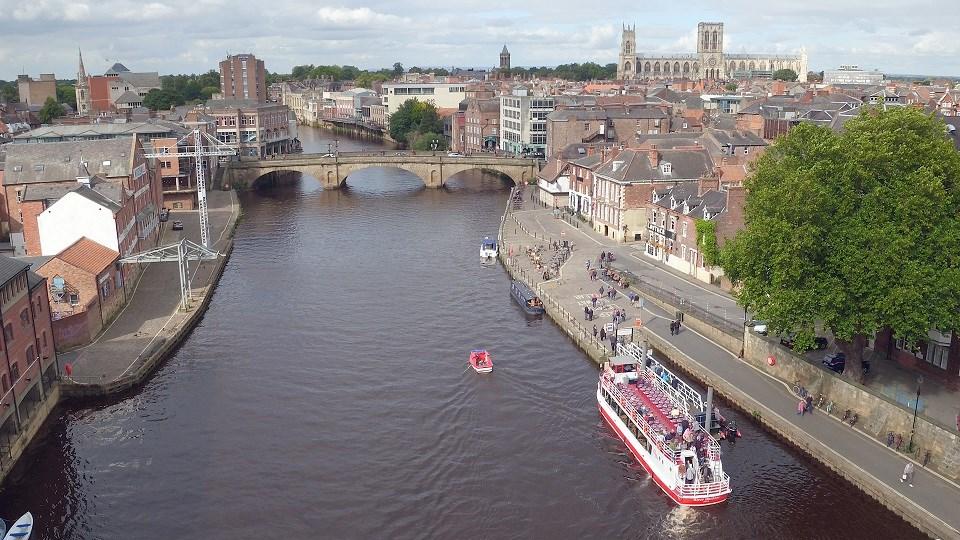 Admire the beautiful city of York and learn all about its fascinating history with an hour-long cruise along the River Ouse. Experienced skippers will deliver informative sightseeing commentary whilst you enjoy spectacular views of York from either the enclosed saloon or the upper deck. York City Cruises have a fleet of five sightseeing vessels, each with toilet facilities and a saloon bar stocked with beers, wines, spirits, soft drinks, tea & coffee and a selection of snacks. This is a great way to see the city if you are short for time or simply want to do so from a different perspective and without all the walking!

30 Wonderful Independent Shops in Skipton You Need To Visit!

7 Wonderful Places to Walk in Yorkshire

12 of The Best Beaches in Yorkshire

19 of The Most Unusual Places to Stay in Yorkshire

Alexis Wilson-Barrett is a Co-Founder of The Yorkshire Press and works as our Editor for North and East Yorkshire. She studied for her BA (Hons) at the University of Bradford and now works on a freelance basis from her home in Skipton, offering content and marketing support to businesses across the UK

4 Ways to Host an Eco-Friendly Tea Party This Summer

A Fiery Recipe for Success: Q&A with DMC Brewery

Six Of The Best Yorkshire Actors And Their Well-Known Parts